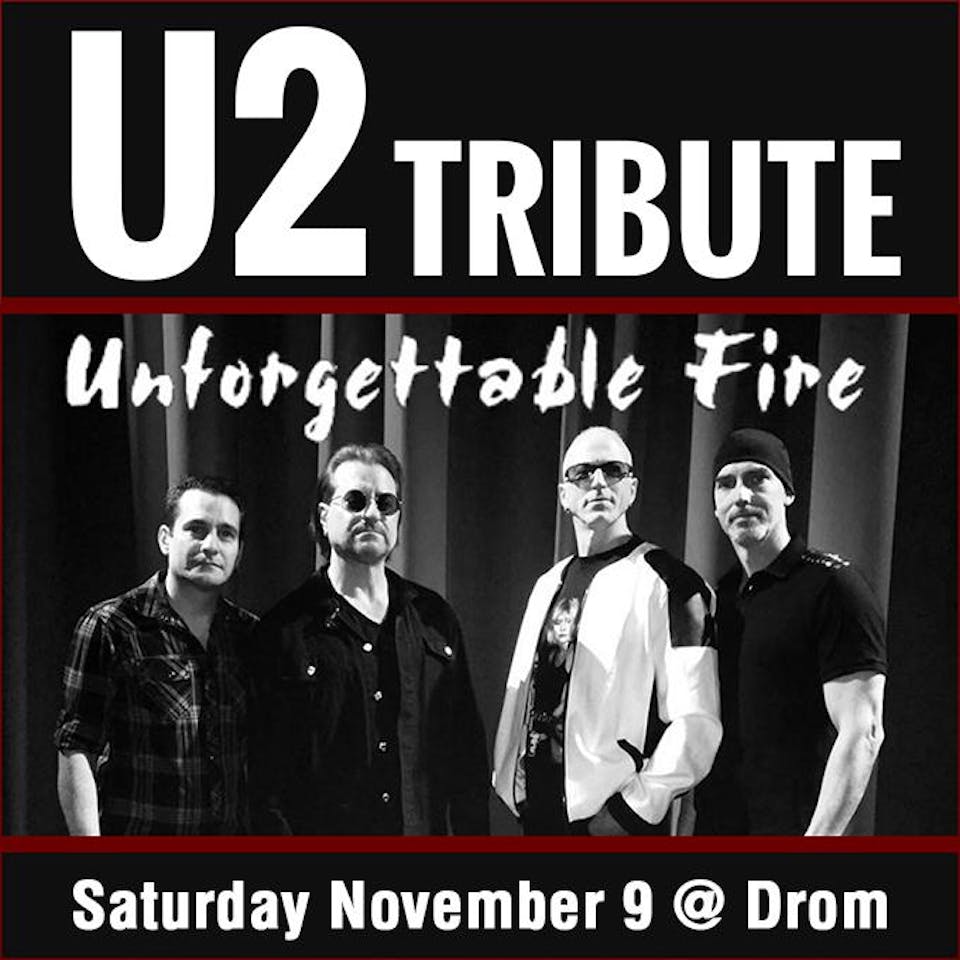 iCal
Google
All members of UF are talented musicians in their own right, but together they are committed to bring their audiences the best possible. 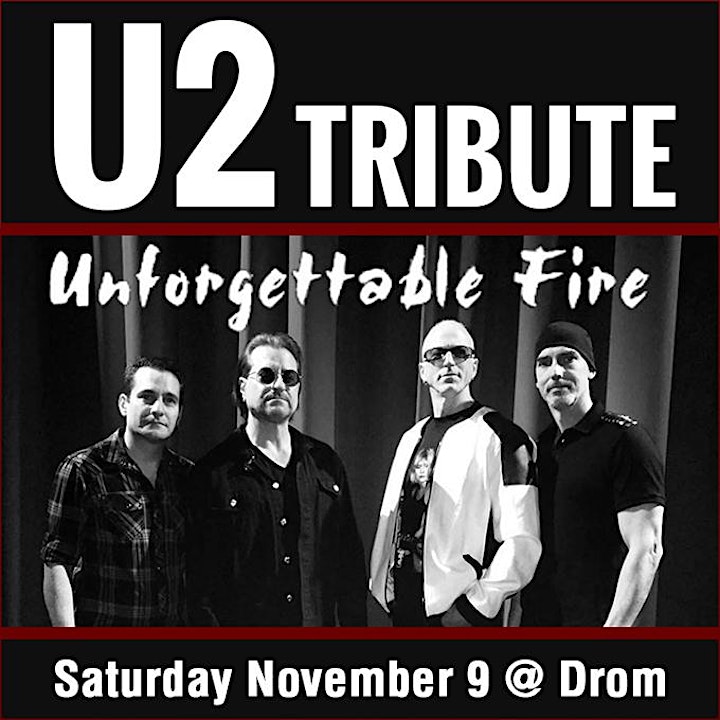 Unforgettable Fire, or "UF", was born on New Years Day in 1995 as one of the very first U2 tribute bands to ever perform in America. After over seventeen years of playing in some of the most prestigious venues on the East Coast, UF has formed a reputation among many to be one of the closest experiences to being at an actual live U2 show. The members of UF are also very dedicated fans of U2, and will not settle for anything less than complete authenticity. In addition to performing a very impressive array of U2 material from pre-Boy to the most recent No Line On The Horizon and beyond, the band does everything in their power (from wardrobe to lighting) to recreate the live U2 concert setting for their audiences.

One of UF's last founding members from 1995, drummer George (Larry) Levesanos, still performs with the band. George is a veteran drummer on the New York City music scene and has performed in many other projects before forming UF. Joining the band in the summer of 2001 was singer Tony (Bono) Russo. Over the years, Tony has brought UF to a new level of authenticity as he is regarded as one of the country's top Bono look-a-likes. In late 2002, bassist Craig (Adam) Kiell added his top notch musicianship, experience, and stage presence to the band and has been a crucial part of the solid rhythm section ever since. Late 2004 brought Mick (Edge) Normoyle to the band to complete the last piece of its puzzle in its quest to have the truest, most authentic live U2 sound. All four members of UF are talented musicians in their own right, but together they are committed to bring their audiences the best possible U2 show that they can deliver.

UF would like to thank all of our fans for their continued support and grace over the last seventeen years. So with that, what else can UF say but SOCIAL!!