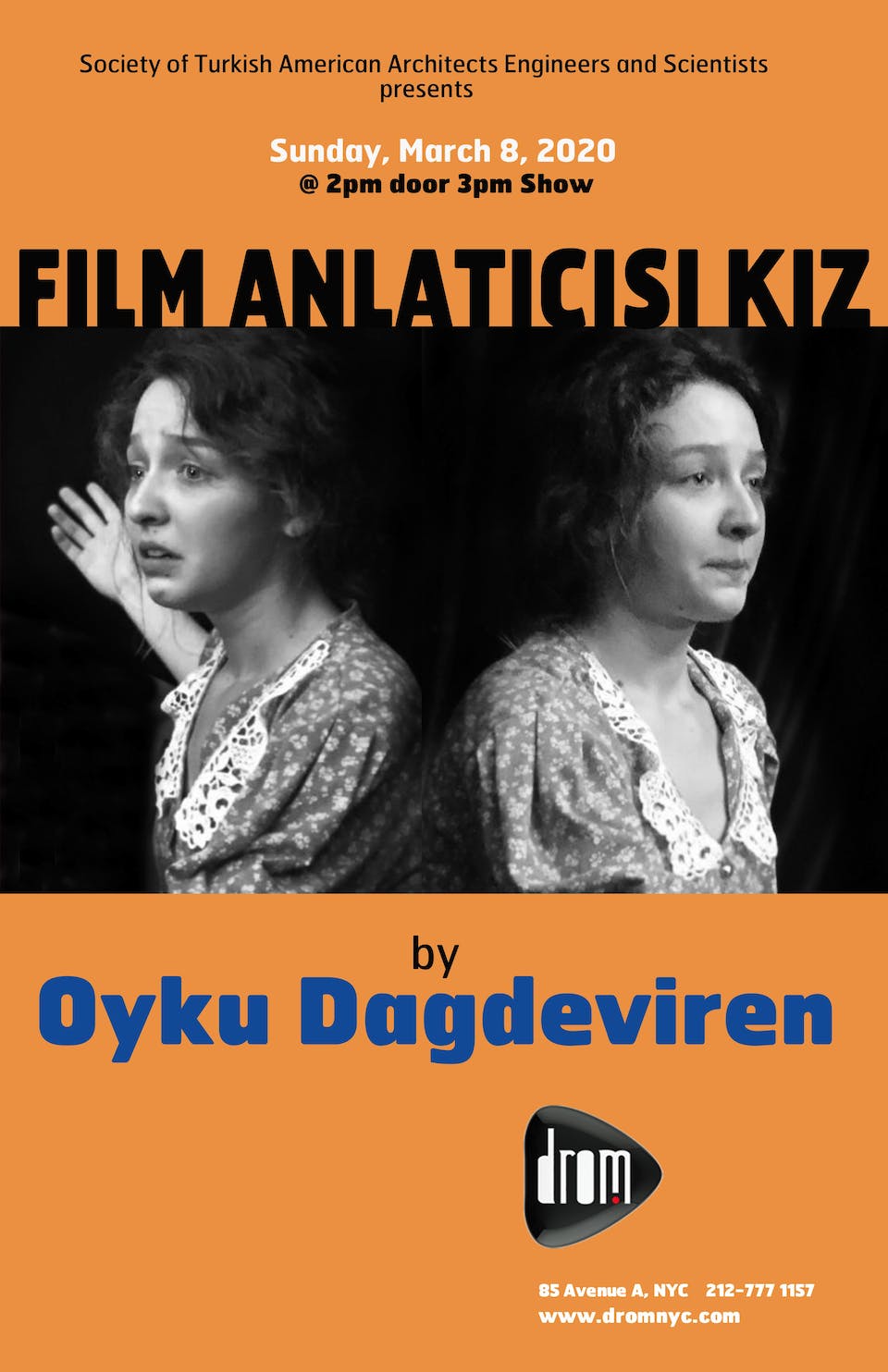 Film Anlatıcısı Kız is a theatrical performance showcasing the newly discovered talent, Öykü Dağdeviren from Turkey, in an adaptation of the novel written by Hernan Rivera Letelier.

The show centers around the main character, Maria Margarita, who lives in an abandoned mining town. As the only female child in her financially struggling family, she makes her living by sharing her life's story with the tourists who visit her town.

The audience watches the show through the eyes of these tourists. The story unfolds as she shares her experiences as a young girl, and reveals how she became an expert story-teller and how she rose and fell from fame.

The show will be performed in Turkish.

Background: Öykü Dağdeviren was born in 1997 in İzmir. She is a graduate of Hacettepe University State Conservatory. Her show has been on stage at Arkhe Tiyatro in Ankara since November of 2019. 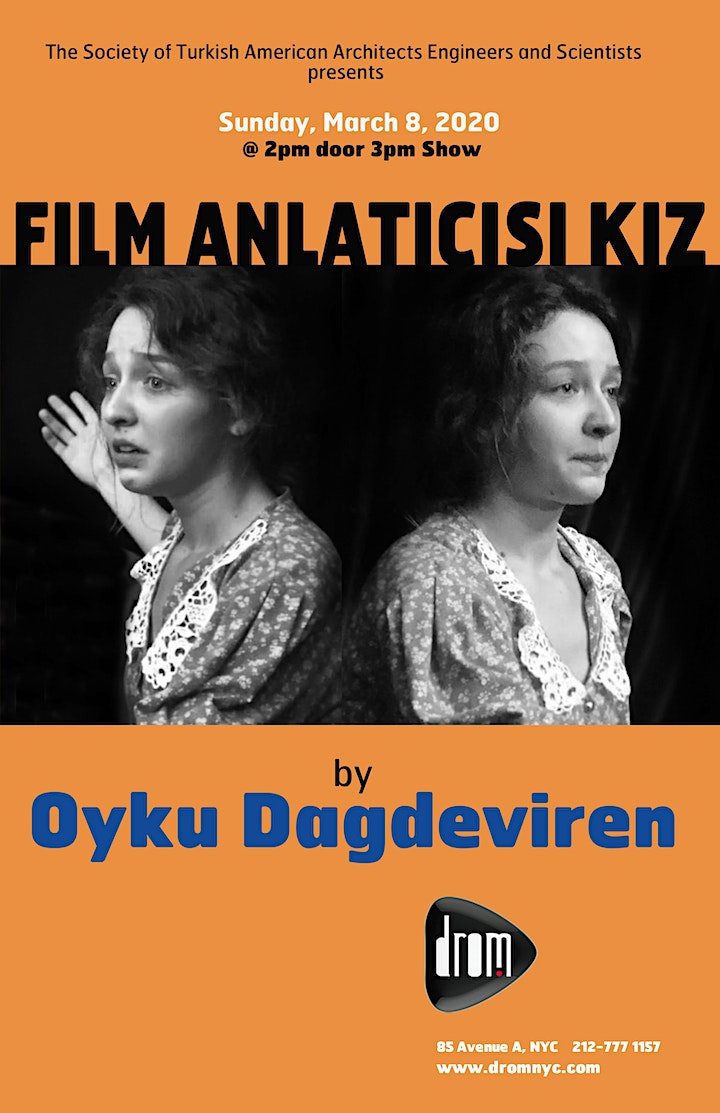