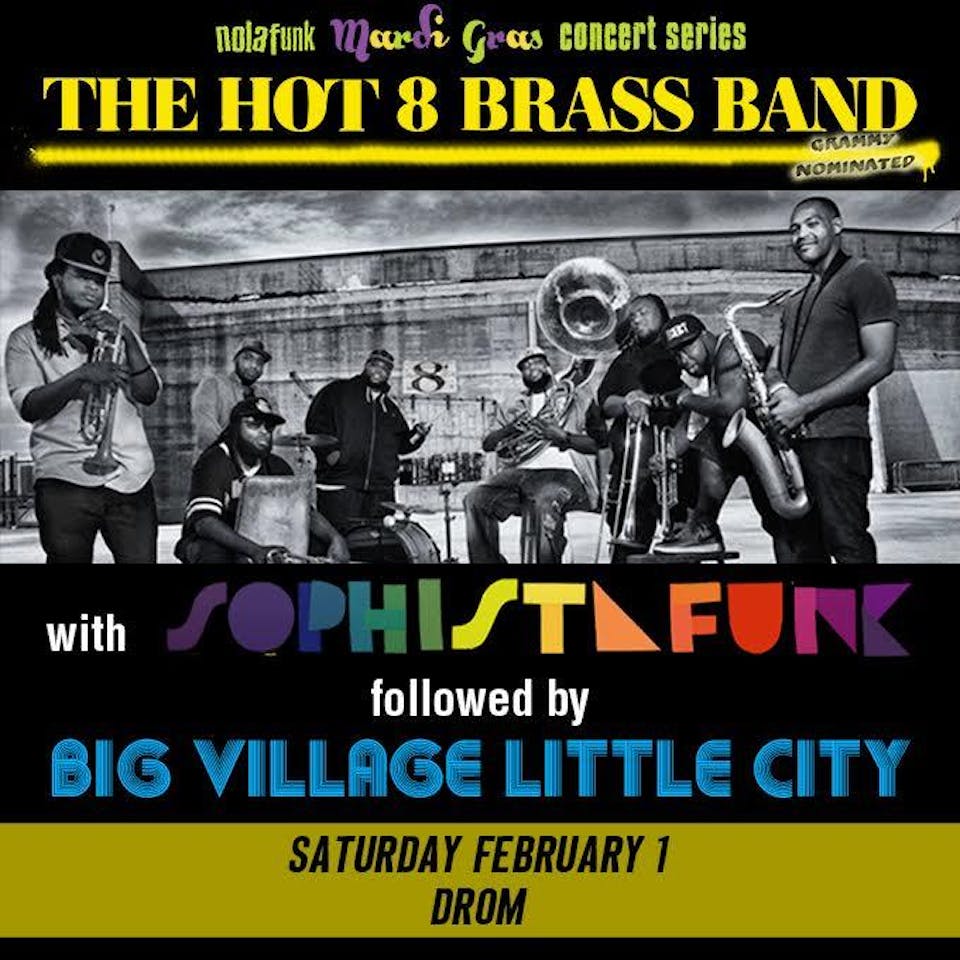 HOT 8 BRASS BAND IS SOLD OUT. We will not be releasing tickets at the door. 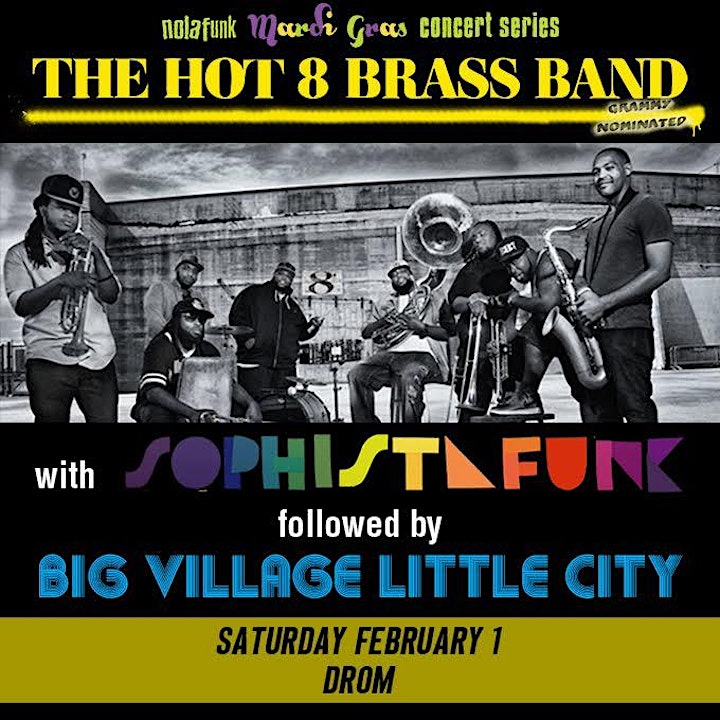 Transcending genres and trends, Hot 8 have performed and collaborated with a wide range of artists, from Lauryn Hill and Alice Russell to Mos Def to the Blind Boys of Alabama, and were nominated for a Grammy in 2013 for their second album ‘The Life and Times Of…’.

2015’s acclaimed ‘Vicennial – 20 Years of the Hot 8 Brass Band’ LP, exemplifies their ability to honour their city’s musical traditions while forging their own powerful legacy. A celebratory 2016 gold vinyl release of remixes for their renowned version of “Sexual Healing” (for which a new video was also recently launched, gaining 700K hits) has continued to expand on their forward momentum and diverse appeal around their 20th Anniversary milestone.

In the live arena, Hot 8 Brass Band continue to win over audiences with their old school street brass approach, fusing it with some harder, funkier currents in the process and juxtaposing magnificent originals with fresh versions of Snoop Dogg, Stevie Wonder, The Specials or Basement Jaxx.