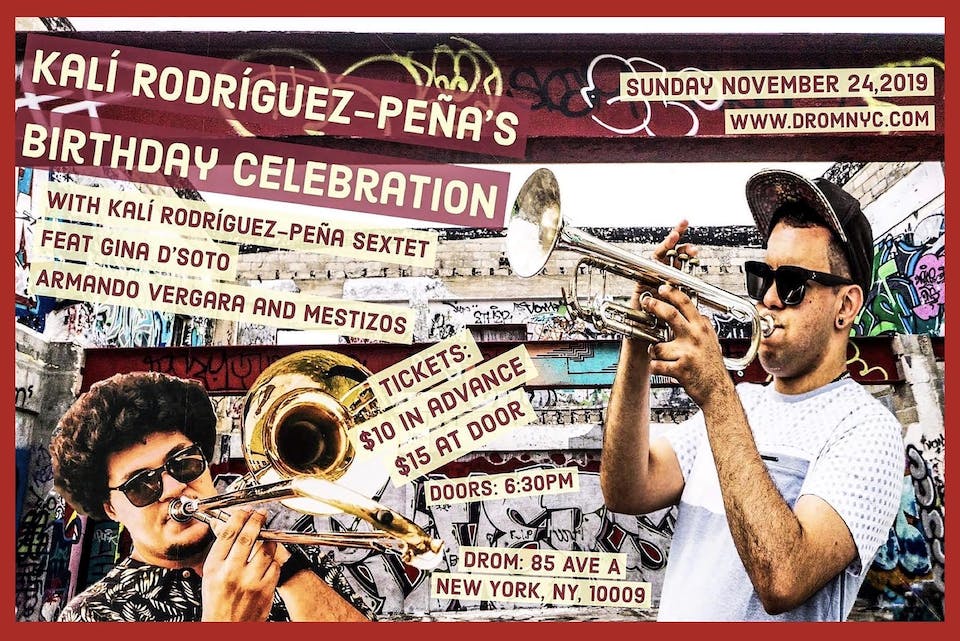 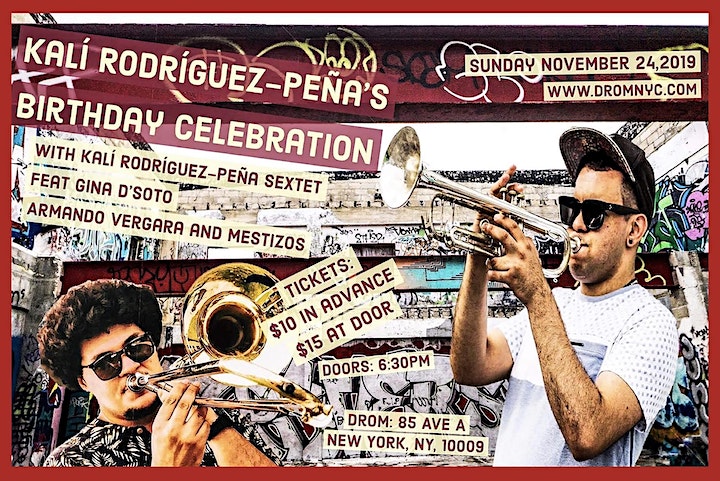 Since moving to New York City in 2014, trumpeter, and composer Rodríguez-Peña, as been blending traditional sounds from his native country with the influences of some of his heroes like Miles Davis and Freddie Hubbard, and the compositional style of Wayne Shorter’s music, along with elements of R&B, and Hip Hop. Solidly established on the scene, he is poised to become one of the leading voices of a generation of young talented Cuban musicians who are taking their best shot in the Big Apple.

Born and raised in Havana, Cuba, Kali has played with renowned Cuban and international musicians such as Wynton Marsalis, Arturo O’Farrill, Paquito D’Rivera, and Chucho Valdés, among others. In March of 2016 he was selected as a finalist for the National Trumpet Competition. He has also performed in some of the top venues and festivals of the USA and Canada including Montreal Jazz Festival, Clifford Brown Jazz Festival, Symphony Space, Birdland, Dizzy’s Club Coca-Cola, Black Cat (SF), and Freight and Salvage (Berkeley), to mention just a few. Kalí also participated as a guest performer in the album “Familia” by Grammy-winning artists Arturo O’Farrill and Chucho Valdés, as well as Michel Camilo’s latest release “Essence.”

Armando Vergara is a Cuban/Puerto Rican trombonist, and composer based in New York City, that has performed alongside many world renowned musicians, including Gonzalo Rubalcaba, Jon Faddis, Randy Brecker, and Maria Schneider. A graduate from the Manhattan School of Music, he has studied with great trombonists such as Steve Turre, Marshall Gilkes, and Luis Bonilla. His band “Mestizos” is heavily influenced by Jazz and rhythms from the Caribbean and Latin America. 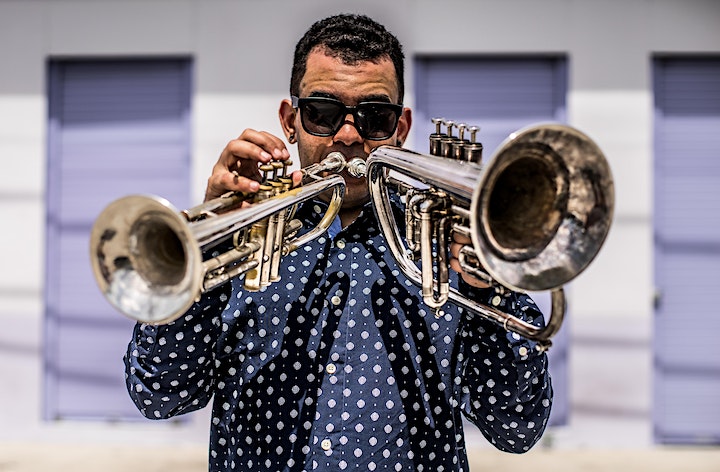