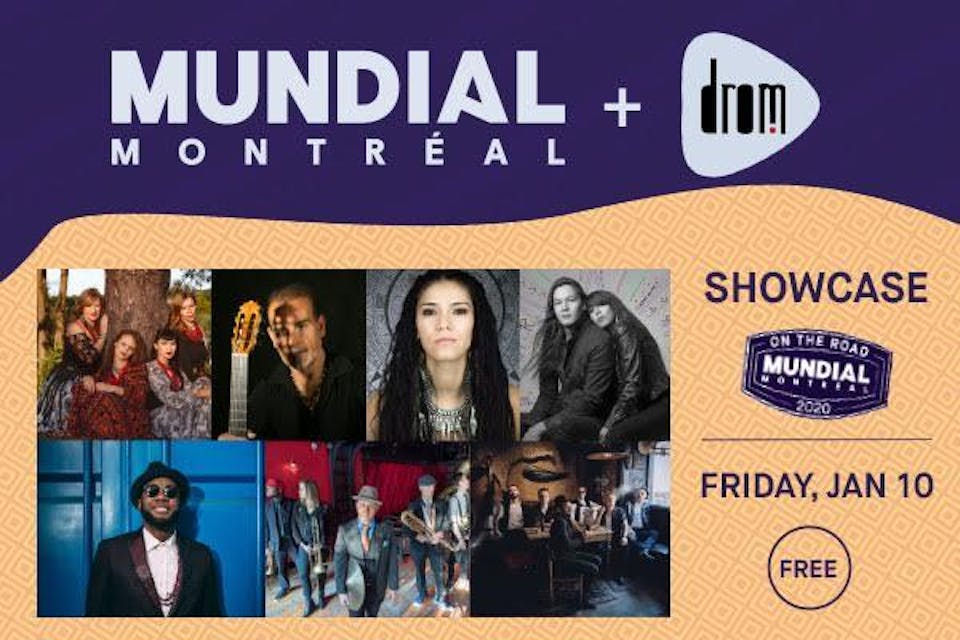 This will be Mundial Montreal’s 10th consecutive showcase during the APAP annual gathering! We are proud to team up again Drom, as well as our friends at globalFEST/Wavelengths to host a great night! 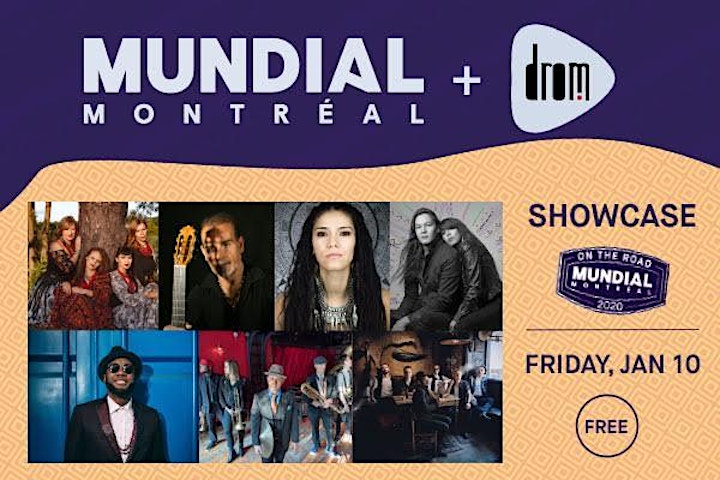 Blisk is an all-female collective that focuses on the synthesis of Balkan and Slavic polyphonic song and dance backed by hypnotic percussion and melodies. It is an ethereal musical journey travelling through Ukraine, Poland, Macedonia, Serbia and beyond. The members of Blisk hail from Canada, Poland, Ukraine and Kazakhstan.

Juan Carmona, one of the leading figures of flamenco, is a composer and a virtuoso guitarist, who wanders the ethereal ways of the ”duende". His guitar provides the continuity between musical modernity, jazz influences, and the flamenco traditions of Andalucia. Juan and his group have toured around the world and several of his latest albums have been nominated at the Latin Grammy Awards, in the “best album flamenco of the year” category. With his feet solidly in the land of his ancestors, and his head comfortable with modernity, Juan Carmona is timeless, elusive, and undeniably flamenco. Renowned as one of the greatest flamenco figures of our times, Juan Carmona continues to collect international awards and recognition (the Grand Prize Paco de Lucia, several nominations at the Latin GRAMMY Awards…) and is busy with a worldwide touring schedule.

Bursting from Turtle Island (Canada) with their global blues, reggae, soul and blues sounds––ShoShona and Raven, the beating heart Digging Roots is an Indigenous Anishinabe and Onkwehonwe JUNO winning musical roots group. They sing about the injustices done to their communities yet also sing empowered songs of peace and resistance. Born into the bloodlines of leaders of resistance, songwriters ShoShona Kish and Raven Kanatakta use the traditional Anishinabek Song Lines method of composition which has been used since time immemorial except when Indigenous music was banned by the Canadian government. Song Lines trace melody and rhythms based on how landscapes of horizons rise and fall.

Vox Sambou is an MC, poet and multilingual performer who writes and performs in Creole, French, English, Spanish and Portuguese. He is a founding member of KALADJA and cofounder Montreal-based hip-hop collective, Nomadic Massive. He performed across North America, France, Chile, Brazil, Senegal, Mali and Burkina Faso, Colombia, Brazil, Morocco and Spain. His music focuses on the traditional rhythms of Haiti mixed with elements of afrobeat, jazz, reggae, and hip-hop, always committed to denounce injustices and social imbalances.

Pounded by calloused hands; blasted by tight grooves. It calls across time and continents - with a response from hips and feet. It’s the force that blew through Louis Armstrong in the twenties. It’s the power that gets Brazilians swinging in the streets for carnival. Nation Beat conjures up this elemental musical mojo, drawing on the wellsprings of rhythm that lit up jazz and got maracatu thundering. Nation Beat takes off with be-bop-via-Brazil drumming; propelled by percussive bursts of NOLA-flavored brass. But forget the musical history; this is music to make you dance.

Mames Babegenush unleash a sonic crossroads where east unexpectedly meets...north! The young Danish band's unique musical fusion marries their strong Scandinavian roots and elements of jazz with the vibrant dance music and klezmer traditions of eastern Europe. From the contemplative ambience of Nordic snowscapes to the lively weddings of Romania, the music of Mames Babegenush exudes a sense of both poignant melancholy and irresistibly danceable exuberance. Since forming in Copenhagen in 2004, the six-piece group has dazzled audiences and critics alike with their fresh vision and musical gumption, establishing themselves as one of Europe's premiere klezmer-jazz ensembles. Their long list of awards includes the Danish Music Award for Best World Album of The Year and three prizes awarded by the prestigious International Jewish Music Festival in Amsterdam, including the Jury and Audience Prizes. Live on stage, Mames Babegenush are a memorable experience, delivering dazzlingly original and dynamic performances. They have toured the world extensively, including Carnegie Hall, Chicago World Music Festival, Lotus Fest, Roskilde Festival, The Royal Danish Theatre, Bergen International Festival, Klezmer Fürth, Teatro Independencia, Paradiso, and the New York Gypsy Festival alongside such artists as Gogol Bordello, David Krakauer, and the Amsterdam Klezmer Band.