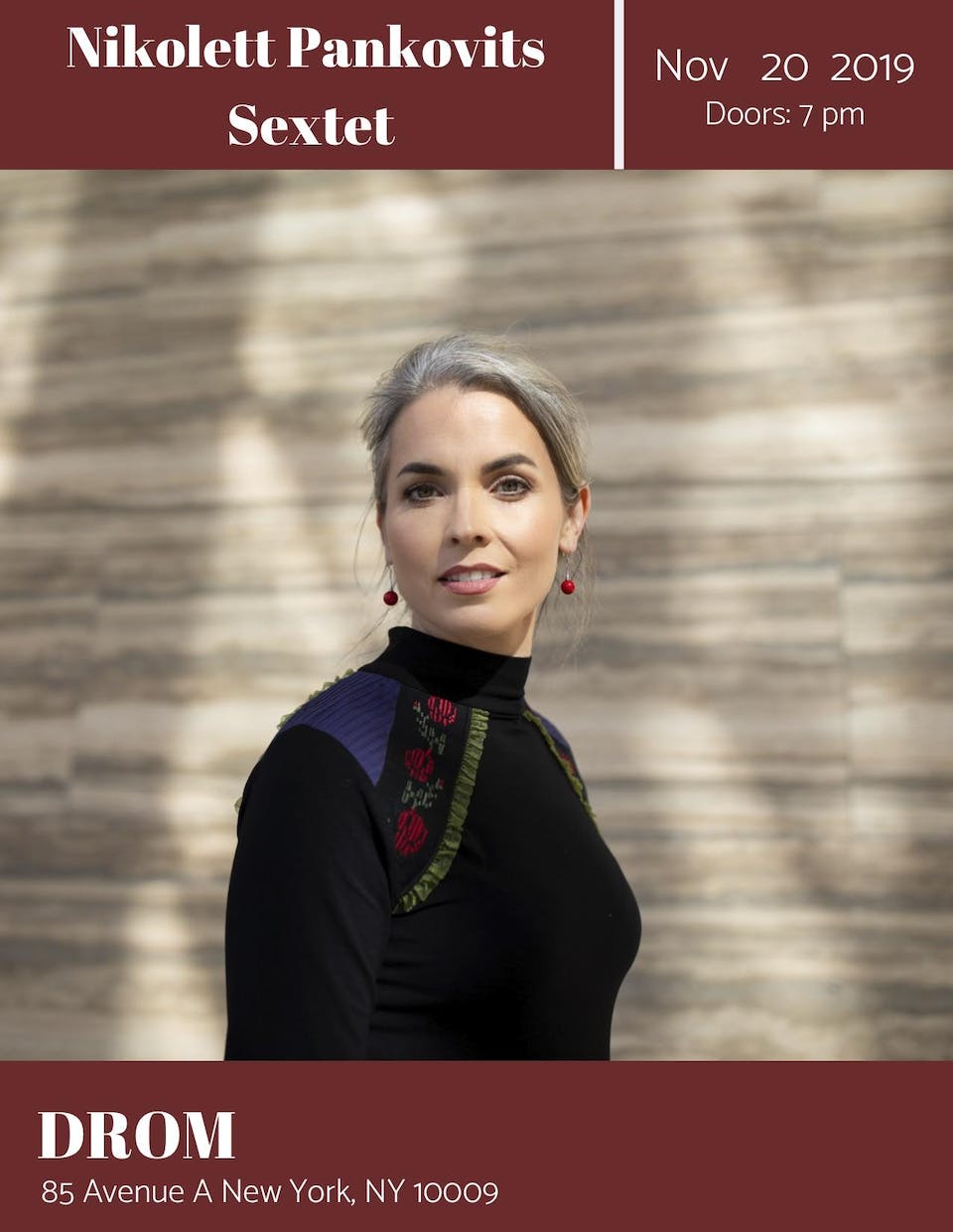 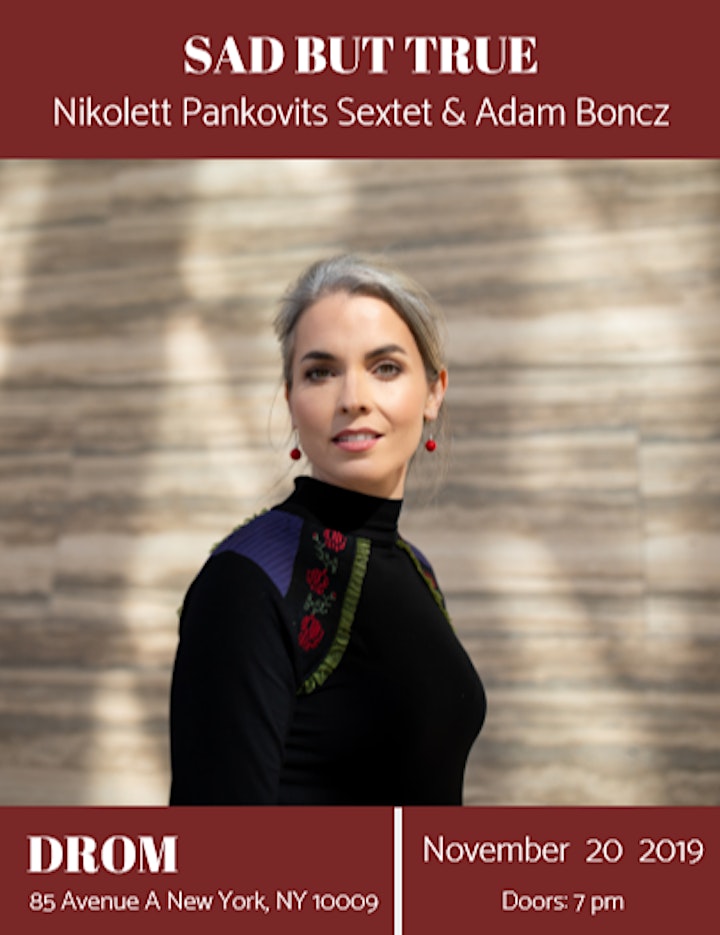 New York based Hungarian jazz vocalist Nikolett Pankovits has forged a singular body of world music with her band, melding the traditional Hungarian songs and standards of her youth with a luscious array of Latin American rhythmic styles into a cohesive and compelling group sound.

With her emphasis on communicating the universal themes of her musical roots, she created ‘Sad But True’ which has struck a balance between music and spoken word that speaks to a broad audience, — both figuratively and literally.

The performance culminates with the ensemble in harmony with actor Adam Boncz's recitation of a collection of Hungarian poems, translated for an English speaking audience.

‘Sad But True’ has performed to sold-out audiences in New York at iconic venues such as the Blue Note, Joe’s Pub, the Bitter End, Club Bonafide, and Rockwood Music Hall. They have also toured Europe and they were selected by the High Note Hungary Festival to represent Hungarian jazz musicians at Lincoln Center in November 2018.

For Pankovits, the New York scene provided an ideal forum for bridging the music of her youth with her love of jazz and kindred musical currents.

The unprecedented encounter embodies New York City’s ongoing role as an essential creative crucible where artists from around the globe come together and develop new musical hybrids.