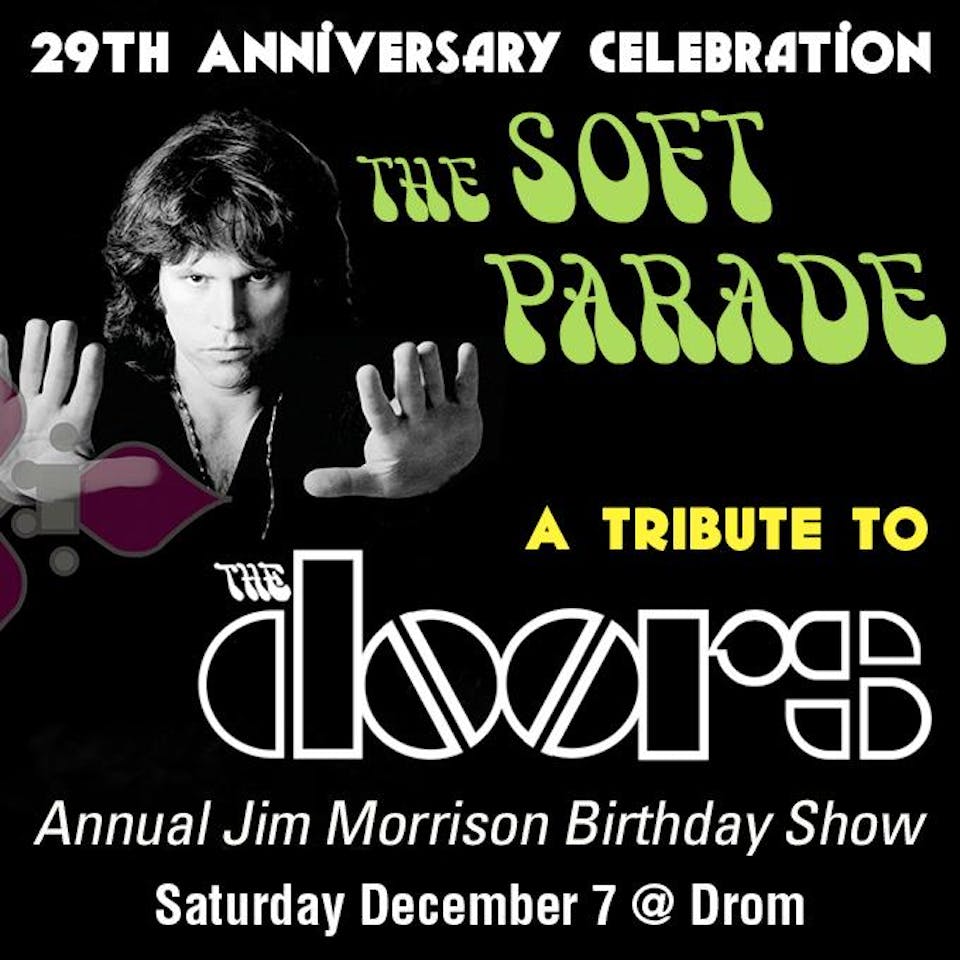 The Soft Parade, a tribute to The Doors

The Soft Parade is revered worldwide as THE premiere Doors tribute show. They recreate, with stunning accuracy, the primal, poetic atmosphere of a vintage Doors concert. The Soft Parade has toured 20 countries, been joined onstage by original Doors guitarist Robby Krieger and has performed hundreds of concerts worldwide. Their impeccable reputation and loyal international following has enabled them this year to celebrate their 29th Anniversary. 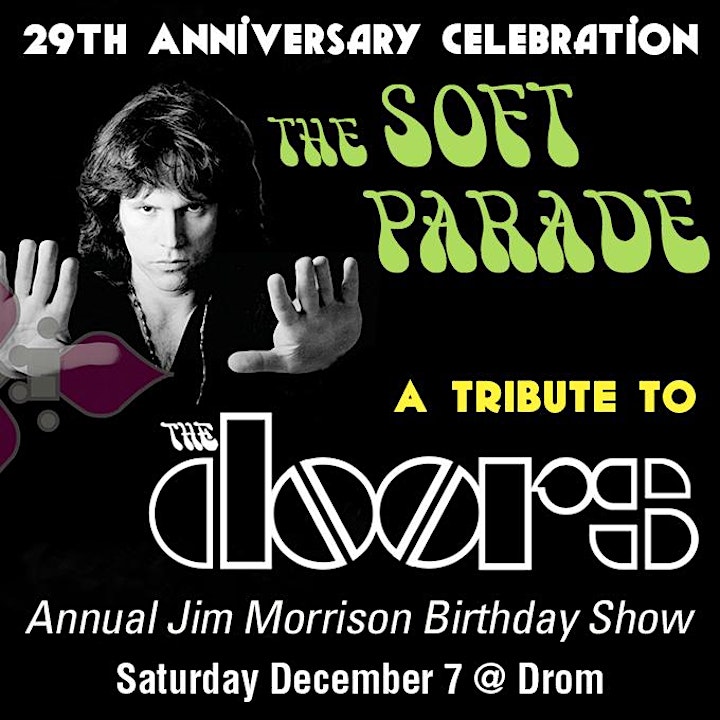